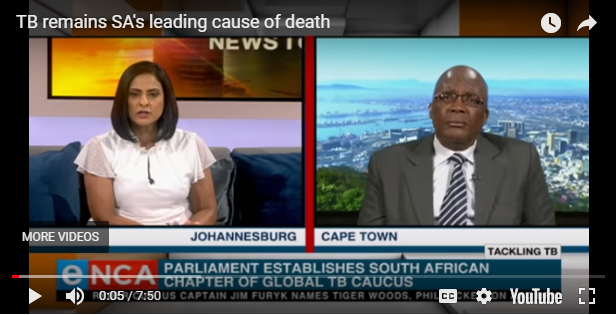 No Comments By Dewald Kotze Uncategorized

Media coverage of the launch of the SA TB Caucus

The launch of the SA TB Caucus was well covered by the broadcast and print media. ENCA interviewed both Minister of Health,

Print coverage of the event included an article titled, ‘Pelesane honours Minister Motsoaledi’s invitation’ in Lentswe, and in an article titled, ‘SA steps up fight against TB’ published in the Cape, KZN, Limpopo/Mpumalanga/North-West and Gauteng editions of the Daily Sun.